New Details On Antonio Brown’s Standoff With Police Have Emerged 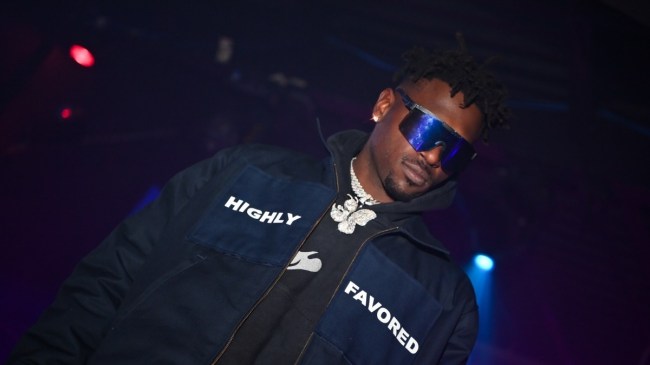 Once upon a time, Antonio Brown was known for his exploits on the football field. In fact, he was likely the top wide receiver in all of football in the mid-2010s as a member of the Pittsburgh Steelers. His credentials as a seven-time Pro Bowler and four-time all-pro selection was phenomenal and produced highlights for years. And, after a troubled two years set off by a trade to the Raiders, he helped Tom Brady and the Buccaneers win a Super Bowl in the 2020 season. He melted down at the end of last season, however.

Since then, it’s been all trouble for Antonio Brown. Multiple embarrassing incidents, including exposing himself in a pool, untimely comments about Tom Brady and his ex-wife, Gisele Bundchen, and many others have hurt his reputation.

News broke on Thursday that an arrest warrant was out for Brown.

Breaking: Antonio Brown is reportedly in a standoff with police. He has an arrest warrant for domestic battery.

Brown is alleged to have guns in house.

And now, information has been reported on what exactly is going on.

Antonio Brown was not taken into custody on Thursday by police

According to the website League Of Justice, Brown has not been apprehended by police.

UPDATE: The warrant on Antonio Brown was issued for a battery charge stemming from an alleged domestic violence incident between him and the mother of some of his children. According to police, a verbal argument reportedly turned physical after Brown allegedly threw a shoe at the woman, who he later allegedly locked out of the residence. Brown is also accused of throwing her possessions out onto the street and attempting to evict her. The victim told officers that Brown had two firearms in his home. Police also said the alleged victim said Brown threatened to shoot her if she tried to reenter the residence. Tampa Police allegedly attempted to get Brown to surrender once an arrest warrant was issued but ABC’s local affiliate in Tampa reports that Brown refused to come outside even after police reportedly attempted to communicate with him through a megaphone. As of Thursday evening, police told League of Justice that multiple attempts have been made to arrest Brown and it is still an “active investigation,” and Brown is a “wanted man.”

Not a good look for Antonio Brown. Hopefully everyone involved stays safe.