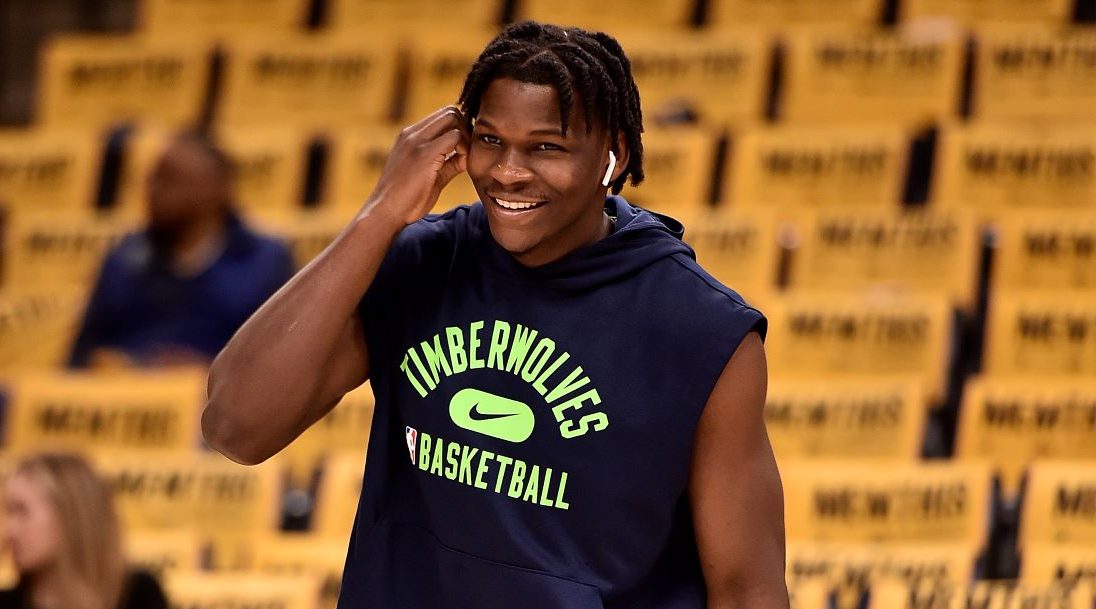 Anthony Edwards was breakout star in the 2021-22 NBA season.

Edwards, the first overall pick in the 2020 NBA Draft by the Minnesota Timberwolves, took his game to the next level. He helped lead the T-Wolves to the playoffs for the first time since 2018. Minnesota pushed the top-seeded Memphis Grizzlies to six games, catching the attention of a number of NBA fans.

Now, Edwards is catching fans’ attention for a different reason.

The long-awaited Adam Sandler movie ‘Hustle’ released on Netflix on June 3 and has already received a ton of praise. The movie follows a young Spanish player, Bo Cruz (played by Juancho Hernangomez), as he attempts to take a shot at making the NBA.

So where does Edwards come into all of this?

The young Timberwolves’ star makes an appearance as Kermit Wilts, the presumptive No. 1 pick in the upcoming NBA draft. In one particular scene, Edwards trash talks Hernangomez’s character to the point that the latter lashes out and tackles Edwards.

Twitter took note of the scene and is already asking for more of Edwards on the big screen.

Anthony Edwards is great in #HustleNetflix

Who’s the better villain? Thanos in ‘Avengers’ or Anthony Edwards in ‘Hustle’ pic.twitter.com/hsZwjoEeSf

Even Sandler himself was praising the acting chops of the young NBA star.

Adam Sandler talking about the bond between Anthony Edwards and Juancho Hernangomez during “Hustle.”

‘Hustle’ director says Adam Sandler was the one who suggested casting Anthony Edwards, and explains how the NBA star became the movie’s scene-stealer https://t.co/2YBudsAgJh

Edwards looks set to be a superstar on the basketball court. But if he wanted to look elsewhere, it appears he could have a lucrative career in acting as well.