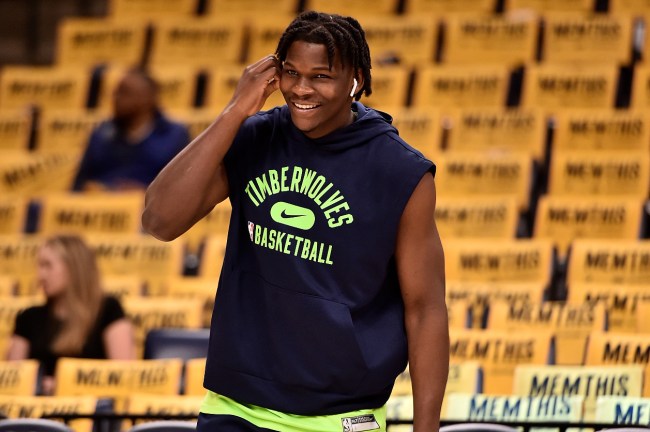 Minnesota Timberwolves budding star and former No. 1 pick Anthony Edwards is one of the most exciting players in the entire NBA.

His interviews are the best, and his personality is as good as it gets. He even had everybody laughing at his role in a movie recently.

Well, Edwards might have added another interesting wrinkle to his traits by dropping some absolute dimes on the football field amid the NBA offseason.

Here you go, sit back and enjoy.

I do this man @SportsCenter pic.twitter.com/42Hwkv5ico

Edwards even mentioned SportsCenter and hopes they highlight these impressive throws.

In another clip, Edwards mentioned the Atlanta Falcons in a joking manner — although this ridiculous arm is surely interesting to see.

Edwards has been a home run pick thus far for the Timberwolves, playing in 72 games in each of his first two seasons. He finished the 2021-2022 season with 21.3 PPG and is a major reason why there is excitement in Minnesota once again.

But, if for some reason the NBA doesn’t work out for Edwards (it is working out just fine), at least he has a cannon of an arm and would make for an exciting player in the USFL.