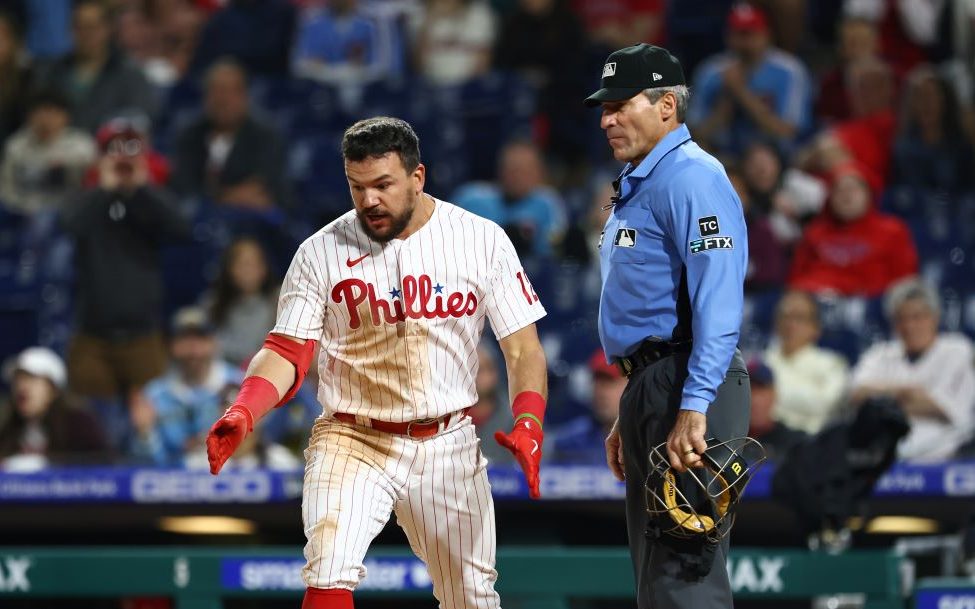 Angel Hernandez Made Some Drastic Allegations Against The MLB

Angel Hernandez is one of Major League Baseball’s most controversial umpires. The Major League veteran has been at the center of a number of controversies surrounding his calls and generally causes fans to roll their eyes when they see him behind home plate.

Now Hernandez is in the news for a different reason. After initially filing a discrimination claim against Major League Baseball in 2017 which was subsequently thrown out in 2021, Hernandez is now appealing the case.

With that appeal comes the allegation that Major League Baseball manipulated its internal umpiring metrics to disadvantage minorities. That report comes via Daniel Kaplan of The Athletic.

Hernandez’s allegations have come under close scrutiny from the online baseball community, which is balancing its distaste from Hernandez with its investigation into the validity of his claims.

It’s true that Hernandez is disliked among the majority of the MLB Twitter community. Though the same community has continually called for MLB to diversify its personnel. That leaves some feeling very conflicted.

MLB absolutely needs to improve diversity in its staff at all levels.

Also, Angel Hernandez is objectively terrible at his job and is an awful face for this discussion. https://t.co/kuEp4BZtb5

Like, people looooooooooove bringing up that Angel Hernandez is a shitty ump whenever this comes up. Hell yeah he sucks, but that has nothing to do with him having a very good point here https://t.co/QvVKNrgDWr

It’s clear that while Hernandez’s claims could well prove true, he’s at best a flawed messenger.

the worst part about this is it could be a genuine issue with the MLB, but it'll forever get swept under the rug now bc angel hernandez genuinely fucking sucks. the MLB has, if anything, made his numbers look better. he should've been fired such a long time ago. https://t.co/5rc4maTlR6

1) MLB can improve its diversity among crew chiefs.
2) Angel Hernandez is not a good umpire and has not earned the promotion to be a crew chief.

Hard to fight for this if Hernandez is the face of it. https://t.co/JEBoiwL3VR

Angel Hernandez is doing a disservice to the actual victim of this. Hernandez is unequivocally the worst employed worker in the sports industry and he’s looking for excuses as to why he stinks at his job and when fans after games tell him he stinks he laughs. https://t.co/rnRBpn8BT1

Hernandez doesn’t appear to be going away anytime soon. He’s now in his 31st year as a Major League Baseball umpire.