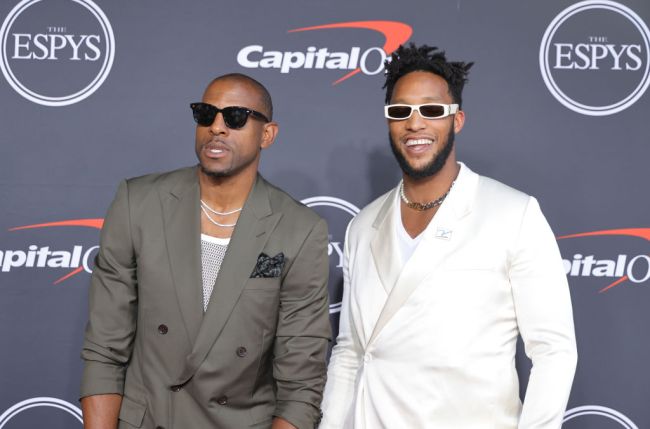 On Wednesday night, the biggest names in sports gathered at the Dolby Theatre in Hollywood for the 2022 ESPYs.

But the true highlight moment came from Andre Iguodala. During the Warriors’ acceptance speech, Iguodala took the opportunity to shout out his podcast, Point Forward, before giving a hilarious apology to Warriors’ owner Joe Lacob.

Iguodala’s Point Forward podcast, which is co-hosted by former NBA player Evan Turner, covers everything from basketball to business. On the latest episode from this week, Warriors’ owner Joe Lacob joined the two for a sitdown conversation.

Warriors Governor and successful VC Lacob joined @andre and @thekidet on the latest ep of Point Forward, which is now available.

At one point in the episode, the topic turns to the Warriors’ $340+ million payroll from last season. It’s a total that included a record $170 million in luxury tax. The luxury tax itself is nothing new to the NBA. Teams are taxed for spending over a threshold in player salaries.

However, teams pay more as they go further past the threshold and that’s where Lacob has a problem. He goes on to describe the NBA’s luxury tax as a “very unfair system” and even calls it an “incredible penal luxury tax.”

Well, the NBA saw Lacob’s comments and wasn’t too happy about it. The league fined him a whopping $500K, leading to the apology from Andre Iguodala at the ESPYs. And given the number of rings that Iggy has helped bring the Warriors’ organization, Lacob should have an easy time accepting the apology.