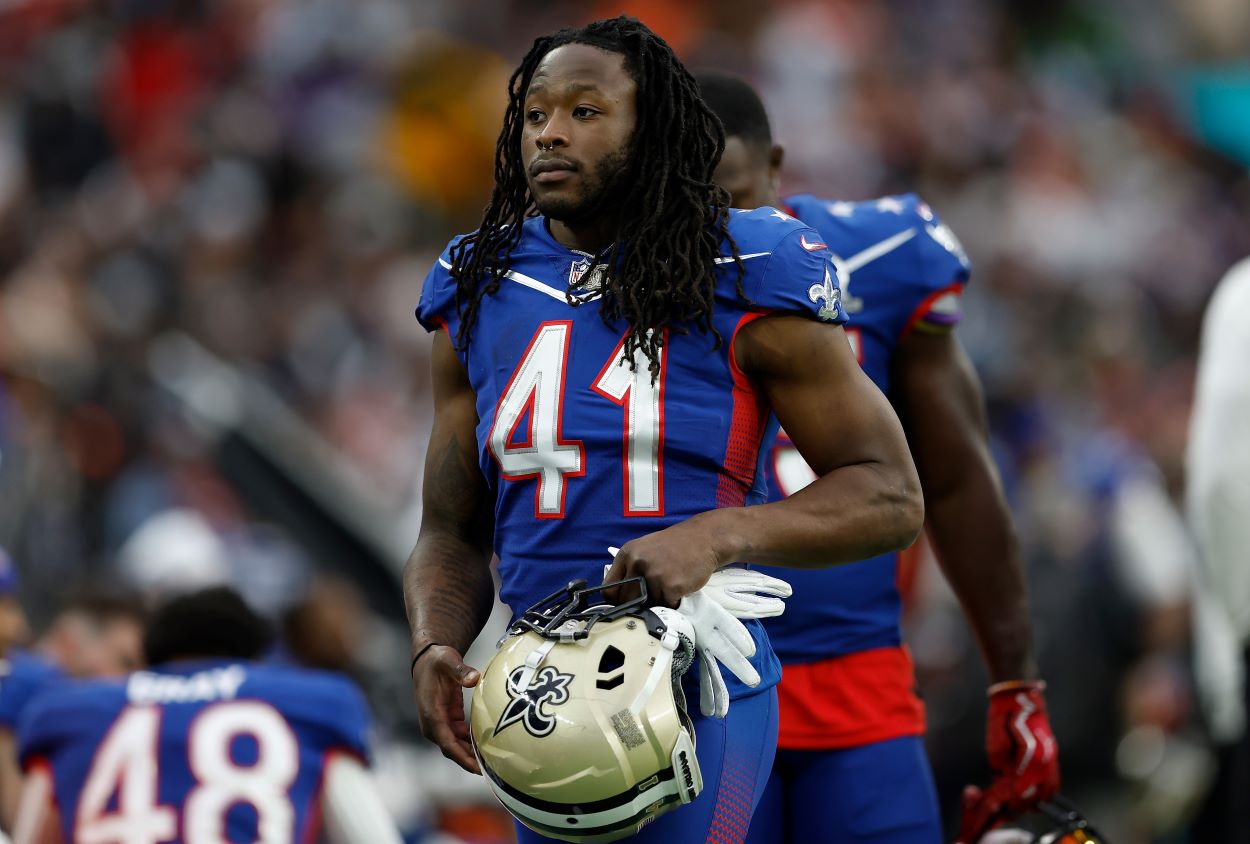 The New Orleans Saints look like they’re going to be severely hamstrung in 2022.

The suspension comes after felony battery charges filed against Kamara in Las Vegas. The star back was questioned and arrested following the Pro Bowl for an incident involving he, a group of friends and party promoter Darnell “SquirtBack” Greene.

Kamara and his friends punched a man several times and stomped on him 23 times outside of a nightclub elevator, according to police. He later told police that he only punched the man because he saw him running away and he thought the man had done something to his friends. Though surveillance video obtained by police contradicted his account of events.

The PFT report also seemed to take Kamara by surprise.

@ProFootballTalk can you tell us when Jesus gon return to earth?

The looming suspension is big for the Saints. New Orleans is preparing for its first its first season in the post-Sean Payton era and is still trying to sort out its murky quarterback situation. Now it looks as if the Saints will be without their most dangerous weapon.

Maybe Mike Florio and Pro Football Talk have the answers to those questions as well.