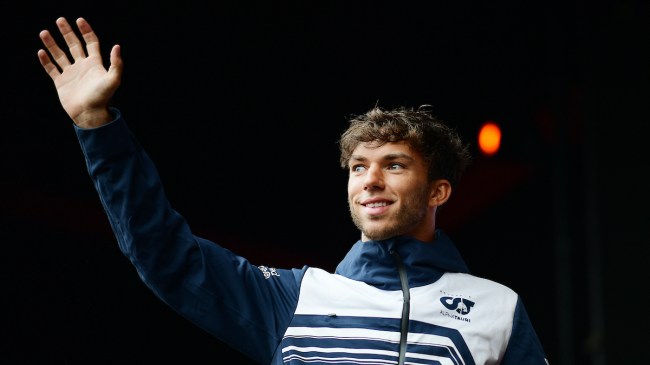 With Fernando Alonso off to Aston Martin and Oscar Piastri likely joining to McLaren, Alpine is targeting yet another driver to fill its seat alongside Esteban Ocon.

Alpine’s plans for the 2023 season seemed simple initially, with the team announcing reserve driver Oscar Piastri as Alsono’s replacement. Then the 2021 F2 Champion dropped a bombshell by denying the team’s claims. F1’s Contracts Recognition Board has now stepped in to settle the dispute before Alpine takes it to High Court.

However, it appears the French F1 team is focused less on retaining Piastri and more on recouping its investments. Even if the CRB rules in favor, Alpine is already looking elsewhere to fill its seat for the 2023 season.

F1's Contracts Recognition Board is meeting today to decide the outcome of Oscar Piastri's future, either with Alpine or McLaren. 🔵🟠

However, it is understood that Piastri is no longer Alpine's preferred driver! 👀 pic.twitter.com/rsW5rQlcQb

Sky Sports News reporter Craig Slater revealed Alpine’s apparent plans ahead of the CRB’s hearing on Monday. Alpine is reportedly looking at a move that would cause even more change on the 2023 grid by bringing in AlphaTauri driver Pierre Gasly.

“I understand though that Piastri is no longer Alpine’s preferred option to continue with them,” Slater said. “They’ve made inquiries about Pierre Gasly, who is the AlphaTauri driver. He sits within the Red Bull family. He’s into the last year of his contract next season at AlphaTauri. My understanding is if Alpine are prepared to pay a fee for him, then he would be allowed to join them.”

Given how Gasly’s future under the Red Bull umbrella looks, it’s a move that makes sense. Red Bull demoted the Frenchman to sister brand AlphaTauri following his struggles during the 2019 season. With Sergio Perez finding his groove alongside Max Verstappen, it’s even more unlikely a Red Bull seat will open up.

Despite rumors that Pierre Gasly and current Alpine driver Esteban Ocon are on bad terms, the latter clarified his openness to such a move. Ocon named Haas driver Mick Schumacher as his preferred teammate, but the choice is ultimately up to the team.

While the situation is nowhere near the mess that’s ongoing with Piastri, there are some concerning parallels. After qualifying at the Belgian Grand Prix, Gasly downplayed the rumors by stating his expectations to continue with AlphaTauri.

It seems Alpine really can’t catch a break, but at least they learned not to release any official announcements. Hopefully, the team’s next announcement will actually be their final one.

Although, Alpine might want to consider naming every driver on the grid as a replacement at this point. Maybe then, someone will actually accept their offer.