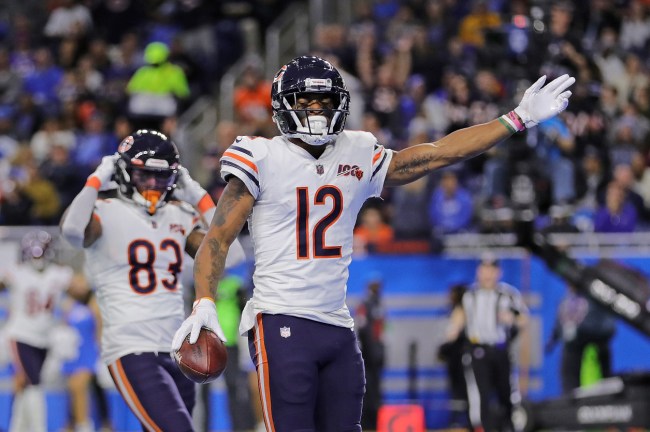 The Brooklyn Nets might not have Kyrie Irving for much longer. A report came out on Monday morning that the future looks unclear for Irving in Brooklyn, and three teams emerged as suitors: the Los Angeles Lakers, Clippers, and the New York Knicks.

Well, Los Angeles Rams wide receiver Allen Robinson is trying his best to get the Clippers fan base going and suggested Irving go to the Clips.

Robinson signed with the Super Bowl champs in the offseason and was very active on Monday while discussing the future of LA hoops.

Russ, bron, AD vs Kyrie, kawhi, PG would be a show lol y’all be wanting everybody on one team. Lol what about what’s best for hoop. Them games would be lit

Well, this suggestion is not pleasing to Lakers fans, and Robinson must have known what he got himself into.

Man they already stacked lol can just make it even competition!?

After that, Robinson was curious if he could be a fan of BOTH LA hoops teams.

Question for y’all LA, do I have to choose between lakers or clippers!? Can I rock with both? 👀

Nonetheless, Robinson is getting LA fans excited and is set for a monster year with the Rams. But, the Kyrie Irving drama will be something to monitor during the NBA offseason, and it will be interesting to see which side Robinson ends up on.