IndyCar Champion Alex Palou Embroiled In Wild Fight Between Teams For His Future Services, Says One Is Lying 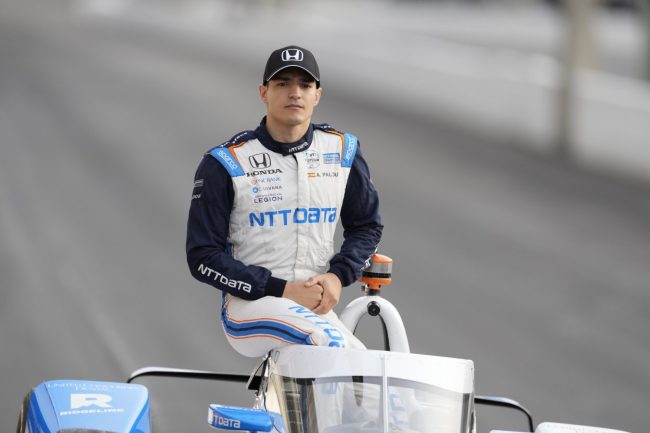 Spain’s Alex Palou is one of the top young talents to every enter the IndyCar Series. The 25-year-old won the series championship in 2021 in just his second year in IndyCar, toppling a talent field that included six-time champion Scott Dixon, his teammate.

So you can understand why Palou’s services are in high demand. The reigning champ is set to be a free agent after the 2022 season. His current team, Chip Ganassi Racing, is doing everything possible to keep him around. But Arrow McLaren SP, which entered the series in 2020, is also interesting. The startup team is run by racing powerhouse McLaren, which also boasts a Formula 1 team.

Ganassi announced that it retained Palou for the 2023 season via a tweet on Tuesday afternoon.

Chip Ganassi Racing announced today that the team has exercised its option to extend @AlexPalou through the 2023 season.

"Alex’s track record speaks for itself. He’s a proven champion and one of the most formidable drivers in the world." – @GanassiChiphttps://t.co/PTIcqIp37N pic.twitter.com/9coZ12KhOh

The only problem, however, was that Palou didn’t actually agree to re-sign with the team.

I have recently learned from the media that this afternoon, without my approval, Chip Ganassi Racing issued a press release announcing that I would be driving with CGR in 2023.  Even more surprising was that CGR’s release included a  “quote”  which did not come from me.

I did not approve that press release, and I did not author or approve that quote.  As I have recently informed CGR, for personal reasons, I do not intend to continue with the team after 2022.

This evening’s unfortunate events aside, I have great respect for the CGR team, and look forward to finishing this season strongly together.

Not only did Palou not re-sign, but he also says the quotes in the Ganassi press release were not from him, Just hours after the release from Chip Ganassi Racing, Arrow McLaren SP put out the following tweet.

McLaren Racing welcomes #INDYCAR champion @AlexPalou to its driver roster from 2023, as the team continues to build talent across all of its racing series. 👊

Our full driver line-up across all racing series will be confirmed in due course.

Palou confirmed the announcement with a tweet of his own shortly after.

Excited to share the news, and looking forward to a future with @McLarenF1 https://t.co/uJKOfUJqVW

As of the time of writing, Ganassi’s tweet and press release are still undeleted. But Palou seems to believe that he’ll be moving forward with a new team. Interestingly, McLaren did not say what series Palou will compete in. Rumors have swirled that Daniel Ricciardo may be leaving McLaren F1.

The saga now seems far from over. McLaren has four drivers – Palou, Pato O’Ward, Alexander Rossi and Felix Rosenqvist – under contract for what looks like two IndyCars seat next year. Who ends up where is anybody’s guess.