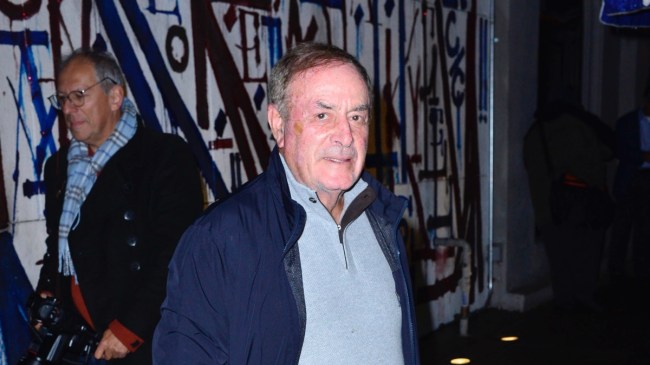 Getty Image / Hollywood To You

There is no doubt, Taylor Swift is the biggest pop star in the world. Her new album, “Midnights” was released at midnight Friday to widespread critical acclaim in what is certainly the most anticipated album release of the social media era. She even had a special preview on Thursday Night Football.

Midnights teaser trailer tonight during the 3rd quarter of Thursday Night Football on @primevideo so … meet me there? pic.twitter.com/hr8ii9Oinj

This prompted comments from legendary broadcaster Al Michaels that were sure to irritate Swift fans all over.

Michaels suggested that Taylor Swift was only for teenage girls

These were his comments after the sneak preview.

Full disclosure, I grew up in a Pennsylvania town very similar to the one Taylor grew up in, Wyomissing, Pennsylvania. Nearly every dude I went to high school with, or even college at Penn State, knows the lyrics to many of her songs, and when they come on at bars, people go nuts. Last time I checked, they don’t let 14-year-olds into bars.

All respect to Al Michaels, but dudes can be Taylor Swift fans, too.

Now, Al’s job is not to know Taylor’s discography. But I would like to refer him to “1989” which was a love letter to Taylor’s 20’s and had nothing to do with being a teenager.

Al Michaels clearly hasn’t heard 1989 if he thinks Taylor Swift is only for teenage girls.

Not Al’s best moment. But, maybe next week he will give us a detailed review of Midnights, which currently sits with an insane 95/100 score on metacritic.

In the meantime, Clayton Kershaw said it best.