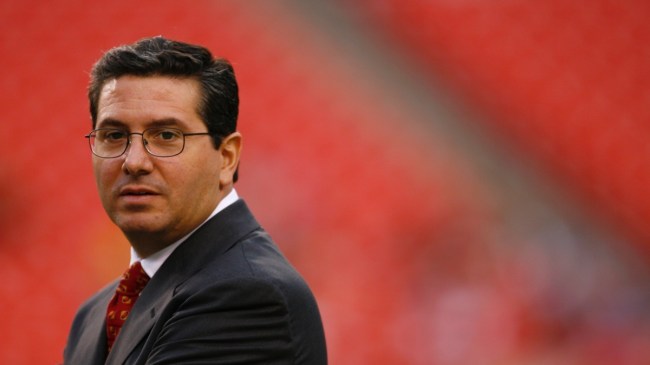 There is a ton of controversy surrounding Washington Commanders owner Dan Snyder. The longtime owner of the team is embattled in multiple scandals and has drawn the ire of congress as well as the NFL. The league’s investigation into the workplace culture of the team is still ongoing. Plus, congress is involved. They deposed Snyder privately over the Summer. This was after he refused to appear in person for a congressional hearing.

And, Snyder has been seeking out dirt on other owners, according to reports. This comes ahead of the NFL Owners’ meeting on October 11. While it is seen as unlikely, it is conceivable the owners hold a vote to oust Snyder as an owner. That would need three-fourths of the owners, 24 to be exact, to approve. It would be an unprecedented step. Of course, it would be much simpler if he sold the team.

And, one candidate to buy the team would be Amazon founder Jeff Bezos. Bezos, who is one of the richest men in the world, owns the Washington Post as well, and it’s long been rumored he would be interested in the Commanders franchise. Of course, Amazon Prime now has the rights to Thursday Night Football. That makes what happened during Thursday Night’s Commanders-Bears debacle even more interesting.

That is interesting for a variety of reasons. First, it’s rare that any broadcaster in any sports speaks out against a current owner. In fact, I’m not sure if I can remember any such incidents. But, that’s not all. For him to do that on Amazon Prime, a network that Bezos controls as Chairman of the Board of Amazon is quite interesting. And, for it to happen in the NFL, of all leagues, where things are so controlled and everything is designed to make the league look good at all times is truly shocking.

Al Michaels saying on a national game broadcast that he thinks the league wants Dan Snyder to sell the Commanders is worth paying attention to.

Michaels has called NFL games for decades and is responsible for some of the great calls in the league’s history. He knows people high up in the league office, and I’m sure commissioner Roger Goodell’s number is in Michaels’ contacts.

Al Michaels is wired in at the top of NFL food chain. For him to say “the league would like for Dan Snyder to sell” is delivering a message from somebody 🤔

If I were Al Michaels, I would watch my back.

Dan Snyder looking up dirt on Al Michaels after that like pic.twitter.com/204fissrPN

Needless to say, next week’s owners’ meetings will be fascinating.