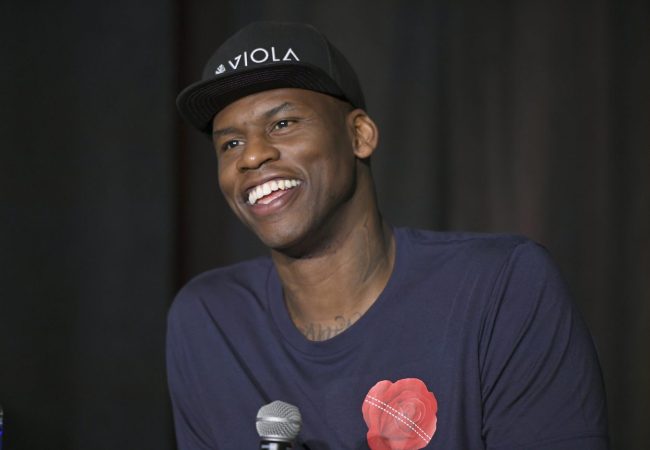 By most measures, Al Harrington had an extremely successful NBA career.

Sure, Harrington never made an All-Star game. And he never did get that elusive NBA Championship ring. But Harrington played the better part of 15 years in the league and made more than $90 million doing so.

Harrington was no slouch, either, averaging 13.5 points, 5.6 rebounds and 1.7 assists per game over a grand total of 1,036 games. But now Harrington has shifted gears and he’s on the verge of an absolutely massive payday.

Al Harrington Is A Marijuana Mogul

In a report by Gregg Doyle of The Indianapolis Star. Harrington gets down in the weeds (pun intended) about his marijuana company, Viola, which is founded in his time with the Denver Nuggets.

The company, which is named after Harrington’s grandmother Viola, has taken off and is now valued at over $100 million, more than he made in the NBA. Harrington also believes it’s entire realistic that the company is valued at over $1 in the near future. But he also says that the money isn’t his main goal.

“At the end of the day – and I want you to put this in there, because it’s true – I’m not doing it for the money,” Harrington told Doyel. “Money will come and go. But I’m more focused on the service and products and patients. Of we take care of them, the money will be there.”

Harrington also tells Doyel a hilarious story about his grandmother’s first time trying marijuana and it completely changed her outlook on the drug.

One thing is for certain, Al Harrington is on the verge of becoming an exponentially richer man than he already is.