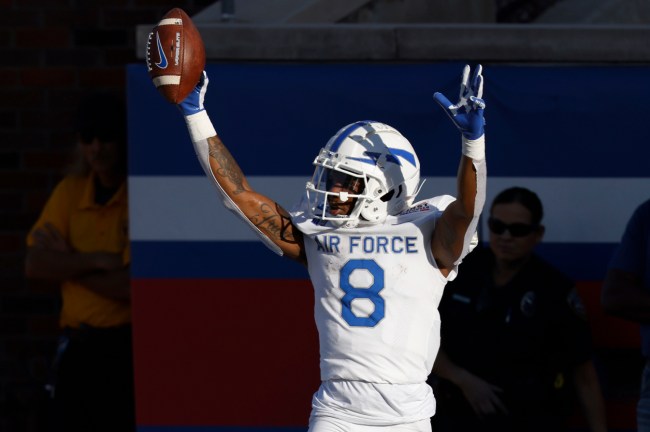 Uniform reveals have become a hot topic across many sports. The MLB has done a nice job with the City Connect uniforms, and a number of NFL teams have revealed alternate uniforms heading into the 2022 season.

This time, however, it is a college football team — and not necessarily a notable one.

The Air Force Falcons dropped a video showing their new uniforms, and the release is something else.

As the tweet says, the United States Space Force.

Yes, that’s right. Air Force is changing it up in a classic way and this was a special surprise. Here are a few details of the new uniforms (h/t Grayson Weir of BroBible).

That’s a pretty neat twist, and the players loved what they saw.

POV: you're seeing our new uni for the first time 👀 pic.twitter.com/G9AFQ9TUSG

College football fans from everywhere loved these uniforms as well.

@oregonfootball y’all have 24hrs to respond or @AF_Football wins the jerseys of the year! 🔥🔥🔥 https://t.co/boTKGmmEie

As it stands right now, Air Force might have the best uniforms in all of college football.