Aidan Hutchinson Looks Like An Absolute Superstar At Lions Camp, But Not For The Reasons You’d Expect 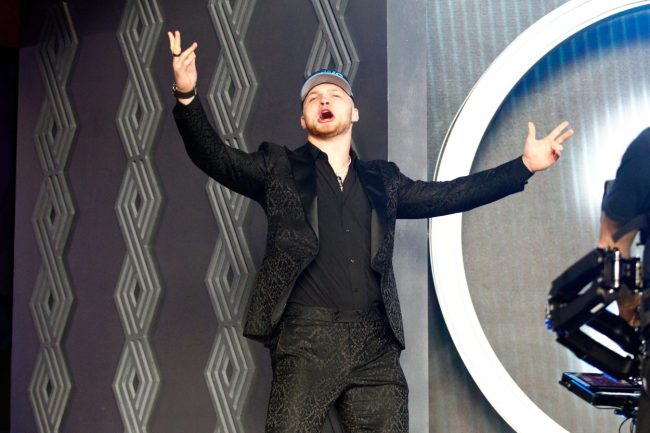 Michigan product Aidan Hutchinson was projected by many to be the first pick in the 2022 NFL Draft. Hutchinson, whose father also played for Michigan and had a brief stint with the Cleveland Brown, dominated during his senior season. The 6-foot-6, 265 pound defensive end recorded 62 tackles, 14 sacks and 16.5 tackles for loss to lead the Wolverines to a Big Ten title.

Hutchinson also finished second in the Heisman Trophy voting. But that wasn’t enough to earn him the top pick in the draft. Instead, the Jacksonville Jaguars selected defensive end Travon Walker out of Georgia. That pick seems to working out for the Jags. At least if early returns are any indication.

But what that move did was allow Hutchinson to fall to No. 2 and home-state Detroit Lions.

The Lions are in the midst of a rebuild under second-year head coach Dan Campbell. Campbell is an intense guy who has had his fair share of interesting quotes.

But he also knows how to keep things lighthearted. Campbell showed as much on the first episode of HBO’s NFL Hard Knocks.

Apparently, so does Hutchinson. The Lions star rookie got up in front of his teammates for rookie karaoke and absolutely CRUSHED a rendition of Michael Jackson’s “Billie Jean.”

Beyond the fact that it doesn’t sound awful, which is the bar for karaoke, Hutchinson nailed the performance. Song choice: A-plus. Enthusiam: A-plus. Dance moves; A-pus.

Any time you get the entire squad into it by the end of the song you know you dominated your karaoke pick.

This is absolutely brutal news for the Cleveland Browns. https://t.co/M6OpwFjHTA

It’s yet to be seen how this rookie class fairs on the field. But behind the mic it might just be among the greatest classes of all-time.