Adrian Peterson And Le’Veon Bell Set To Fight Each Other At Crypto.com Arena In July 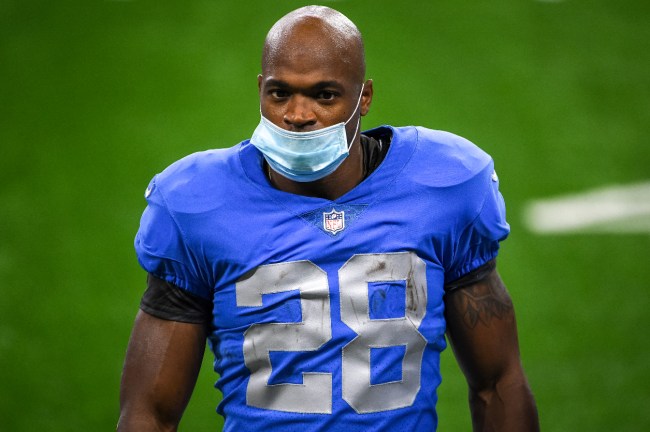 Neither one of Le’Veon Bell nor Adrian Peterson is drawing any interest from NFL teams. Peterson spent a brief time in the NFL with the Tennessee Titans and Seattle Seahawks last year and Bell spent a small chunk of time with the Baltimore Ravens.

But, what if I told you that Peterson and Bell would go 1-on-1 in a different sporting event?

Adrian Peterson And Le’Veon Bell Will Fight At Crypto.com Arena

Well, there it is. The two former NFL RBs are set to fight one another in July, according to TMZ. It was confirmed by Darren M. Haynes as well.

BREAKING: Former Washington RB Adrian Peterson just told me he will have a boxing match against Le’Veon Bell on July 30th at at https://t.co/4XyF1JcWG9 Arena in LA. pic.twitter.com/7V17jZHR01

So, there it is: Bell vs. Peterson in the ring.

The pair of accomplished NFL running backs are now beginning a new venture in a different sport, and this should be an interesting battle.

They will face each other in Austin McBroom’s Social Gloves event with McBroom fighting against AnEson Gib. But, there is another interesting battle on this card: Former NBA star Nick Young against rapper Blueface.

That is a ton of high-profile names on one card, although we have no idea how the fight will go between Peterson and Bell. Nonetheless, this is setting up for a must-watch event at Crypto.com Arena on July 30. Get your popcorn ready.