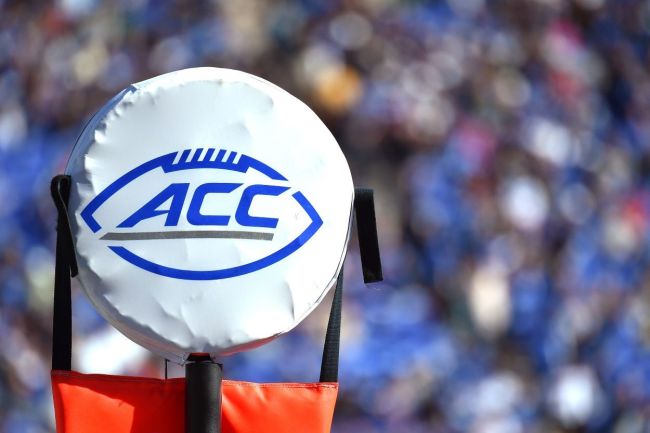 When the NCAA announced in May that teams no longer had to win their division to compete in conference championship games, fans knew that schedule and conference alignment changes were imminent.

Now those changes are here in a big way.

The ACC announced radical changes on Tuesday, eliminating the Atlantic and Coastal divisions and completely blowing up its future schedules.

In 2023, the ACC will adopt a 3-5-5 football scheduling model and all 14 schools will compete in one division.

Teams will play 3 primary opponents annually + face the other 10 teams twice during the 4-year cycle, once at home and once on the road.

The new scheduling ensures that teams will play three rivals annually (I.E Florida State-Miami, Virginia Tech-Virginia) and the other 10 teams in the conference twice in each rolling four-year period.

The two top teams by conference win percentage will then meet in the ACC Championship Game on the first Saturday each December.

With the release, the conference also put out the schedules for the first four years of competition under the new format.

Fans are absolutely thrilled with the changes.

The model is great! (I mean, somebody proposed it nine years ago. https://t.co/6uRf0BOpS6)

The #Hokies not playing Miami every year is lame. https://t.co/o6nYo4nag8

This is the schedule model I offered the ACC in 2014.

I am glad to see they've come around to it https://t.co/xz1ytc7NyM

an idea so good they had no choice but to actually do it https://t.co/CVfm1OfICX

Though not all fans loved the new protected rivalries. Virginia Tech fans, in particular, seemed unhappy.

How are Miami and VT not grouped? Makes more sense to have BC and Pitt play anyways https://t.co/4u5b1WO4n3

This is an absolute joke for Wake to not be playing one of State or Carolina annually.

Wake v NC State had been played every year since 1910- longest continuous rivalry in the ACC.

Wake and UNC already was broken up with divisions.. and the schools scheduled a non-con series https://t.co/TOw7D7xNwx

Virginia Tech vs Miami is one of the best rivalries in the ACC. You can even go as far back to the Big East days if you like.

This is an absolute TRAVESTY. Shame on you ACC. #Hokies https://t.co/xyPMQYw6Wm

Fans of teams in other conferences also liked the scheduling model. The Big Ten may be next in line to make the change. Conference commissioner Kevin Warren and numerous athletic directors have discussed the change in the pass.

The ACC is at the forefront for now, though, and fans of the conference seem largely overjoyed with the change.