Aaron Rodgers Blamed the Packers’ Thursday Night Loss On Himself 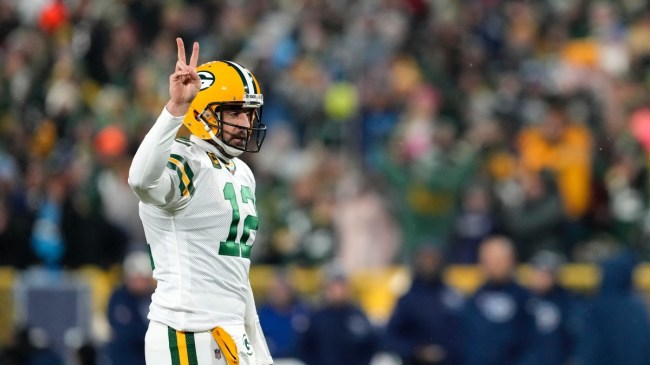 Aaron Rodgers is having a nightmare season. The two-time defending NFL Most Valuable Player was supposed to lead the Packers into contention once again. After all, the team has finished with the top seed in the NFC the past two seasons. They felt short of the Super Bowl both times, but expectations were high this season. Yes, they traded away top target Davante Adams in the offseason, but many thought they would still contend.

But, It hasn’t come together for Green Bay. They lost five in a row to drop to 3-6 before a win last week against the Dallas Cowboys. Still, at 4-6, the rest of the season was likely a double-elimination tournament for their playoff hopes.

But, they lost Thursday night to the Tennessee Titans as the offense sputtered late, 27-17.

After the game, the quarterback took much of the blame for the loss.

Aaron Rodgers: “I’ve got to throw the ball better than I did tonight.”

He said he threw some “wobblers” and “I just didn't have the same type of consistent grip.” pic.twitter.com/UvyADXTVEb

And, there was a lot of truth to what he said. You simply don’t see him usually making throws like this.

And, the memes were out.

I’m not sure that the quarterback is washed, but something is off. I was of the opinion a change of scenery would be best for him before he re-signed with the Packers in the offseason. Now, their season is on life support.

They play the Eagles next week on Sunday Night Football.