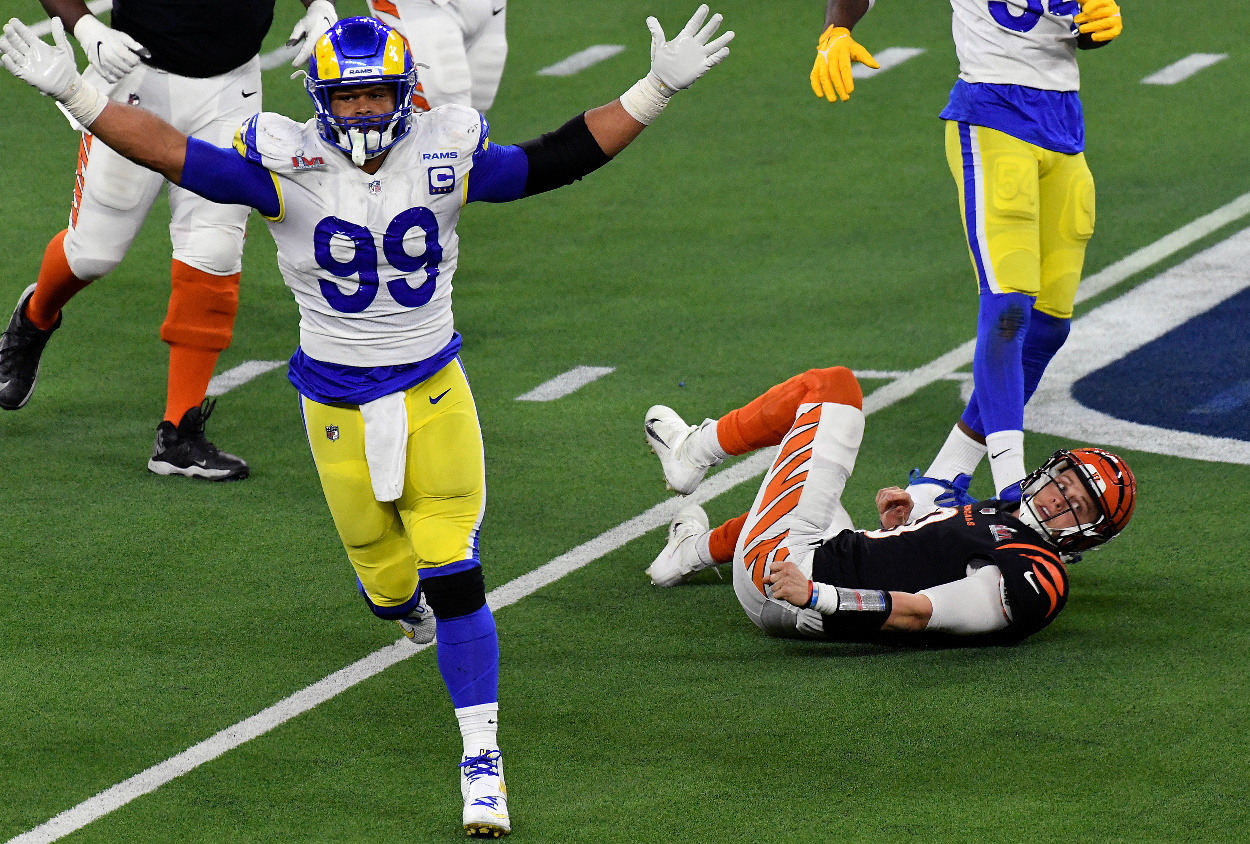 Donald is a Super Bowl champion. He’s widely regarded as one of if not the best defensive player in the league. And now, he’s really, really, really rich.

Not that the last part wasn’t true before. But it’s particularly true now as Donald agreed to a two-year, $60 million contract extension with the Rams.

Donald has spent his entire eight-year career with the Rams after being drafted by the franchise with the No. 13 overall pick in the 2014 NFL Draft. He’s since flourished, making the Pro Bowl every season, being named to seven All-Pro teams and winning the Defensive Play of the Year Award three times.

For his efforts, he now becomes the first non-quarterback to eclipse $30 million a year threshold and his new three-year, $95 million deal makes him the league’s highest paid non-QB without adding any years to his existing deal.

Putting the pressure on

Donald hasn’t exactly moved in silence during his negotiations with the team. While he’s said that the new deal wasn’t about money, he’s also brought up the prospect of retiring a number of times if he didn’t agree to an extension.

“That’s what you’ve got to see. For me, it’s about winning. I don’t want to play football if I can’t win anyway, so I feel like if I got a real opportunity to win another Super Bowl, then it makes sense to play,” he said on Brandon Marshall’s “I Am Athlete” podcast.

“”But me talking about retirement, that was happening way before we won a Super Bowl,” he continued. “I’ve been saying that since I got into the league that I was going to play eight years and be done. That’s just what I’ve been saying. It just came out and then everybody thinks that, ‘Oh, he said if he wins a Super Bowl he’s going to retire.'”

Donald is a surefire first-ball Hall of Fame caliber player. Replacing him was going to be essentially impossible if he chose to retire. It’s no surprise that Rams fans are very, very happy to have their game wrecker back in the center of what was a Super Bowl-winning defense.

Huge thank you to the Bengals O line who not only woke Donald up in the Superbowl….but that Superbowl wake up and win lead to this off-season where he becomes a Ram for life.

Aaron Donald really a legend! Rams going back to back https://t.co/dMoStasIYF

Donald’s return is a huge coup for the Rams and newly married head coach Sean McVay at they look to go back-to-back. As for Donald, he’s now got more than enough cash to upgrade from his recently purchased mega mansion San Fernando Valley.