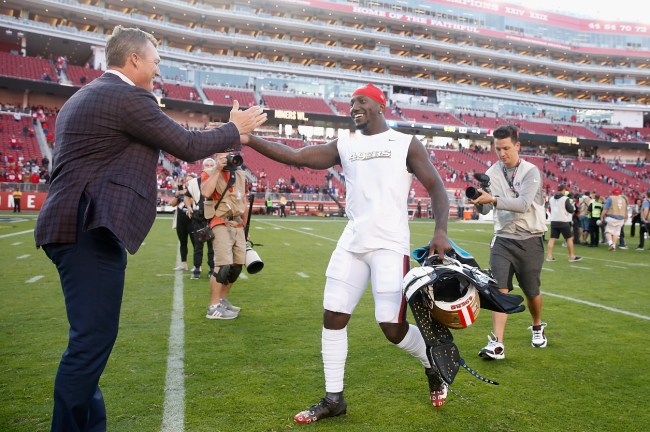 Is Deebo Samuel going to be traded?

That has been one of the biggest questions of the entire offseason. The San Francisco 49ers’ electric hybrid wide receiver has been wanting a new contract, and up until this point, Samuel has yet to receive one.

However, general manager John Lynch must have come to his senses or something, and his latest comments have squashed any hope for the rest of the NFL to possibly acquire Samuel (h/t Matt Maiocco of NBC Sports Bay Area).

It would be a puzzling move to trade away one of the best offensive players in the NFL.

What will the 49ers do with Deebo Samuel?

Sure, Lynch says that Samuel will be with the 49ers this season. However, something needs to be done. There were no reasonable trade requests for Samuel during the NFL Draft, and there likely won’t be anything that blows San Francisco away.

So, a new contract must be a priority for both sides. Now the question is: Will Samuel be participating in mandatory minicamps? They begin June 13, so if Samuel is there, that certainly bodes well for his immediate future with the organization.

If Samuel isn’t there, then the trade buzz will pick up steam once again. But, as of June 2, Lynch insists that Samuel will be playing for the 49ers this season.