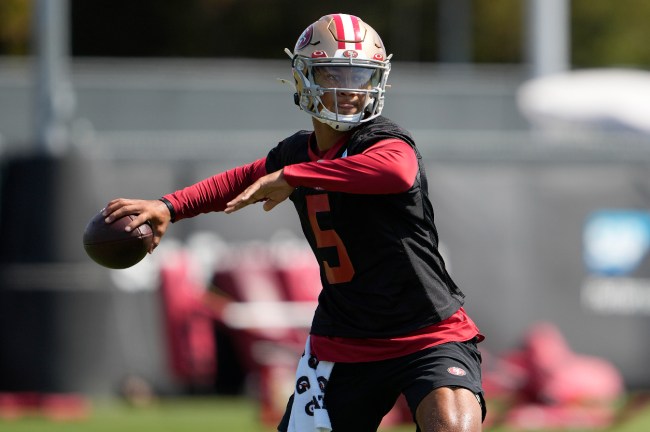 The NFL preseason kicked off on Thursday with the Hall of Fame Game between the Jacksonville Jaguars and Las Vegas Raiders.

Football is back, finally, and the regular season is almost here. The San Francisco 49ers have been one of the busiest teams this offseason. It started with the Jimmy Garoppolo-Trey Lance drama and, of course, the Deebo Samuel contract issue, which finally got resolved.

Garoppolo is on his way out at some point, and it is officially Trey Lance time in the Bay Area.

On Friday, 49ers fans got hyped with the new Trey Lance-Deebo Samuel connection.

Trey Lance stayed on the field after 49ers practice to work with Dan Brunskill on snaps and Deebo Samuel and Ray-Ray McCloud on some deep throws pic.twitter.com/1W8BhcaDgM

Lance has dazzled during 49ers training camp, and he looks more than ready to take over the offense and lead them on the field.

Samuel, who just received an enormous extension, is set for another monster campaign and could be used as a running back with the incentives in his deal.

49ers fans are thrilled at the sight of this.

The new era in San Francisco has arrived, and the connection between Deebo Samuel and Trey Lance should be electric for the foreseeable future.