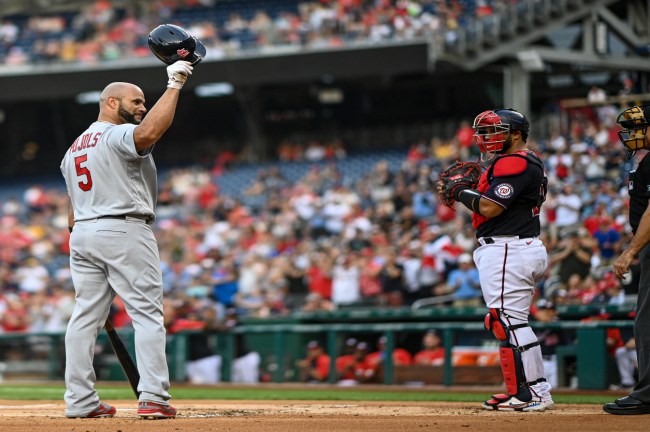 Albert Pujols is about to retire from the MLB after a long, historic career. Before he does, he intends to go out on a high note.

Pujols already made the All-Star Game due to a pretty neat exemption, and he even appeared in the Home Run Derby. Besides that, it has been a rough year in general for Pujols. The future Hall of Famer is hitting just .228 with seven home runs and 24 RBIs on the year.

However, Wednesday night was almost a piece of history for Pujols. The slugger finished 4-5 with two singles, a double, and a home run — just a triple shy of the cycle — against the Colorado Rockies.

Pujols finished the night 4 for 5 just a triple shy of the cycle, at age 42!

It was a special night for Albert Pujols, and the St. Louis Cardinals continue to stay alive in the playoff race, so that’s even more good news for Pujols. Despite missing the cycle, he did make history.

Pujols also hit home run No. 687 and got a loud ovation for his teammates in the dugout.

His career is going to be over soon, as hard as that is to believe, so we have to soak in every last moment of the legendary career of Albert Pujols.

The biggest question is: Will he get to 700 home runs? For the sake of everybody, let’s hope so.