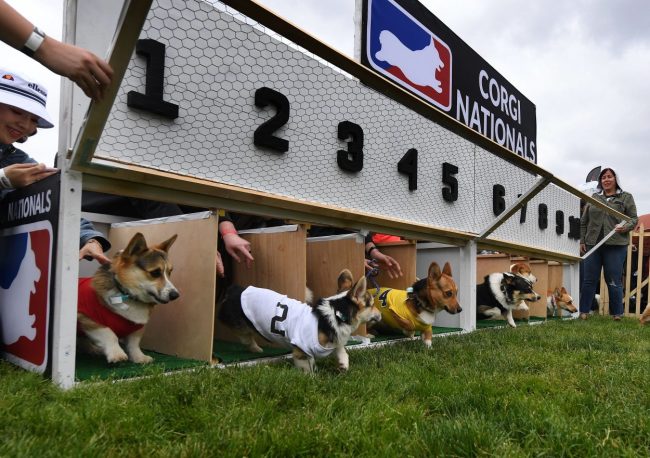 Everyone has heart of the world’s biggest races. There’s the Daytona 500. Then the Indianapolis 500. The Boston Marathon. The Amazing Race and the Kentucky Derby.

And everyone knows the world’s fastest man, Usain Bolt.

But what about the Corgi Races at Emerald Downs? And what about Wrong Way Loki?

This time around, it was all about Wrong Way Loki.

The story is a classic one of sports redemption redemption. Owner Terence Ng said that in last year’s race, Loki ran the wrong way. Thus the unique name.

This time around, he leaves Emerald Down a champion.

Wrong Way Loki won the second of eight heats to reach the championship race. The final race actually feature nine participants due to a dead heat in heat No. 6.

In the finals, Wrong Way Loki got off to a rough (ruff?) start. He shot for the middle of the track, bouncing off the competitor in lane two. But he then surged to the lead and held off the trio of Norman, Solo and Bailey for the win, giving a perfect stretch at the line.

Two-time defending champ Angus did not compete in this year’s race. The 7-year-old Auburn native has retired to a life of treats and belly rubs.

In the end, they’re all just very good dogs.